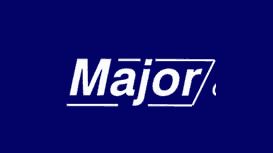 Major Car Rental offer a large selection of vehicles for hire in the UK. We are based conveniently in North West London (Hendon, Finchley and Edgware) and have easy access to A1, M1, M25 leading to North, South East England, Cotswold's and Stratford Upon Avon. We are accessible from the Northern line Tube (Hendon Central) and Mainline service (Hendon). We offer a collection service from these stations and local areas.

London is the Capital of the United Kingdom, which includes England, Wales, Scotland and Northern Ireland London has a population of 8 millions. Great Britain is the chief city of the Commonwealth of Nations, SE England, on both sides of the Thames. London is made up of 32 boroughs and the Corporation of London (The City), each with its own local government. The City of London, 1 sq mi (2.6 sq km), the historical and commercial core of London, has its own constitution and elects the lord mayor.

We do not have any reviews about Major Car Rental available right now.

This business has no reviews yet.